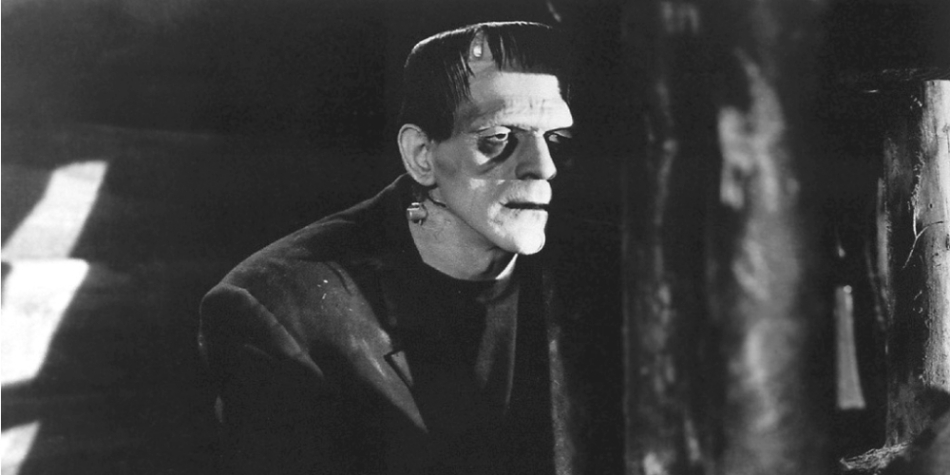 On 1 January 1818, the first edition of Mary Shelley’s horror novel Frankenstein; or, the Modern Prometheus was published. The two hundredth anniversary of its publication is coming up very soon, and in celebration of this, the Keats-Shelley Association of America has launched the ‘Frankenreads’ project. This project encourages people to commemorate the anniversary by hosting events related to the book this Halloween, and it will culminate next Halloween with an international set of readings of the novel. As such, it seems an appropriate moment to commemorate this historic work in the pages of Retrospect.

Frankenstein has inspired countless adaptations, from the very first theatrical performance in 1823 to modern films and even Liam Scarlett’s 2016 ballet production. It has been a fruitful source for creatives for two centuries and its appeal shows no sign of abating. It poses deep, serious questions on a broad range of themes – the relationship between humanity and God, parental responsibility, the dangers of unrestrained scientific innovation in the face of nature, masculinity, power, and selfhood, to list but a few.

When you hear the word ‘Frankenstein, what do you immediately think of? Chances are you picture a big, green, lumbering, dim-witted monster. This picture is one that has been impressed upon us by classic Hollywood films. It is, however, a slightly misleading view of the true nature of Shelley’s most famous character.

I shall not be one of those insufferable people who insists on the correct nomenclature of Victor and his creation (‘the scientist is Frankenstein, the monster is unnamed, you uncultured dolt!’), as the common misconception is irrelevant to this article. The real problem with many adaptations (although by no means all – Kenneth Branagh’s 1994 film adaptation is one of the best and unfortunately, one of the most underrated of these) is the simplified version of the tale they portray. Frankenstein’s Creature is not the eloquent, philosophical, existentially tormented and tragic being he is in the novel. Instead of his agility, we see his lumbering. Instead of his philosophical nature and eloquence, we see him more as an ugly rampaging monster – precisely the opposite message to that which Shelley was trying to portray.

The upcoming anniversary marks a good time to re-read and re-appreciate Mary Shelley’s astonishingly brilliant and original novel. It is a barnstorming tale, epic in scope and beautifully written; fast-paced and exciting. It is also so very emotional – I defy anyone not to feel for the plight of the Creature. I for one find Victor to be the true villain, and my sympathies upon re-reading the novel recently were still completely with the Creature.

Moving onto the origins of the story, it is worth remembering the intriguing events that inspired Shelley’s classic tale. In the summer of 1816, dominated by awful weather, Shelley and her future husband Percy Bysshe Shelley visited Lord Byron’s villa next to Lake Geneva in Switzerland. One night, with the weather preventing them from going outdoors, they sat down and agreed to engage in a contest to create a terrifying ghost story. Shelley struggled for the first few days. However, one night she dreamt of a horrifying scene, one that would develop into a novel. It was an image of a student bringing to life a creature, who would later awaken him from sleep by gazing at him with bright, unnatural eyes. The rest is history – the novel was first published in 1818 with a preface by Percy Shelley, and in 1831 Mary made some changes to the novel and added her own introduction to a second edition.

There were many influences on Shelley’s perception, of course. The most interesting suggestion I have come across is from Joyce E. Chaplin, who has suggested that Victor Frankenstein was modelled on Benjamin Franklin. Many called him the ‘Modern Prometheus’ due to his immense scientific achievements (importantly revolving around electricity). Chaplin amusingly suggests that ‘Frankenstein’ could well read as ‘Franklin-stein’. Another inspiration for Victor, according to Maurice Hindle, comes from the Romantic poets themselves, such as Percy Shelley and Lord Byron. In their poetry, seeking to refashion the world, Mary perhaps saw potential dangers inherent in an overreaching mankind. Indeed, Hindle points out that some of the physical descriptions of Victor in the novel mirror Percy Shelley’s own appearance.

In the novel, the Creature is presented to us as a blank slate, or tabula rasa in Lockean terms. He experiences things and learns through sensation – he has no a priori knowledge, and painstakingly teaches himself language through observing a small family in a cottage. The Creature tells the tale of his first experiences to Victor after cornering his creator and demanding he produces a female companion for him. This, he believes, will alleviate his loneliness, for he has suffered from isolation, and has been rejected and attacked when all he wanted was to receive and give love to people. Ultimately, rejection turned him into a monster, and led him to murder some of Victor’s most beloved family members. In this horror story, humanity is the true horror.

Alas, Victor eventually reneges on his agreement to provide the Creature with a companion, which culminates in a beautifully sad climax and a haunting final sentence. Above all else, – above the horror, the drama, the epic scale of the tale – this is a story of emotion, isolation, rejection, pain and loss. Two hundred years on, Mary Shelley’s greatest work remains powerfully relevant and challenging. It deserves to be read, remembered and appreciated for many centuries to come.

0 comments on “‘Frankenstein’: A Celebration of 200 Years of Thrilling Horror”