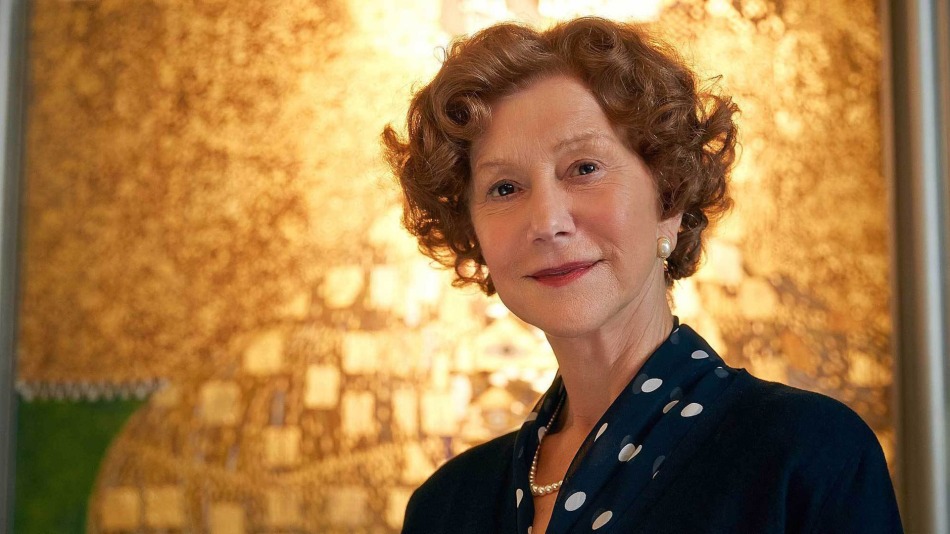 A dodgy Austrian accent, an unlikely partnership and an important message are the underlying elements of director Simon Curtis’ latest film Woman in Gold. The film tells the story of Maria Altmann (Helen Mirren), an elderly Jewish refugee from Vienna living in Los Angeles. Alexi Kaye Campbell’s screenplay chronicles Maria’s struggle to successfully reclaim Gustav Klimt’s portrait of her aunt Adele Bloch-Bauer, the so-called ‘Woman in Gold’. This painting had been stolen by the Nazis some 60 years earlier. With the help of lawyer Randy Schoenberg (Ryan Reynolds) the pair go on to eventually sue the Austrian government, taking their right to do so all the way to the Supreme Court.

Despite Helen Mirren’s unconvincing Austrian accent and the often forced humour between the lead characters, what really gives the film its sense of gravity is the flashback scenes which are interspersed throughout the main action. It is through these scenes that Curtis injects the real sense of terror faced by Maria Altmann and her family at the beginning of Nazi occupation in Austria. This sense of fear is compounded by Martin Phipps and Hans Zimmer’s stunning original score. Additionally, Allan Corduner’s performance as Maria’s father, Gustav, is highly poignant. Gustav refuses to allow his daily life to be shattered by the Nazi occupation and determinedly continues his cello practice against the backdrop of such chaos and fear.

It is when Randy Schoenberg convinces Maria to travel back to Austria that we learn that not only did the Nazis steal her aunt’s portrait, but they also stole her identity as Adele Bloch-Bauer, reducing her to merely a ‘Woman in Gold’. Therefore, this portrait becomes a symbol for the Nazi attempt to eradicate the Jewish community from history. Mirren’s character explains her motives in pursuing her case, arguing that ‘people forget you see, especially the young’. Maria here articulates the crux of Campbell’s screenplay: it is necessary to keep the memory alive. Not only must we remember the lives of the Jewish community from before the war but we also must remember the memories of the atrocities committed by the Nazis, to ensure that history does not repeat itself.

The closing scene of the film, in which Maria Altmann visits her childhood apartment, feels somewhat contrived. Curtis blends the two worlds he has created as Maria steps through each room of her home, interacting with her family and friends of a time gone by. Whilst this is certainly an emotive concept, it fails to be convincing in its execution. In the final montage we see Maria come face to face once more with her aunt, illuminated against the backdrop of the ‘Woman in Gold’. What Campbell’s script makes clear, despite the flaws in its portrayal, is that with an estimated 100,000 artworks still not restored to their rightful owners, the persecution faced by the Jewish community must never be forgotten.